Willard Jesse Hamby is a friend of mine. Jesse and his wife Jennifer own a cabin in the Smoky Mountains and usually spend weekends there with their little dog Sharzee the Shitzu. It is a beautiful place nestled on a mountain top w 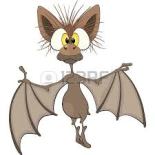 ith all the picturesque views you would imagine. They were kind enough to invite me and Toni up on a few occasions and I can tell you, the place is amazing. It takes a lot of work to keep it looking so good, especially when it is so far out in the mountains and they have only the weekends to work on it.

“Willard Hamby” is Jesse’s late father’s name and Jesse was named after him. Mr. Willard and Mrs. Becky Hamby were both dedicated school teachers in Tennessee and did a wonderful job of raising two boys, Jesse and Jerod. I call Jesse“Willard’ when I am feeling a little “Jerry Clower-like” much because I have such respect for Jesse’s parents. Jesse is an avid fan of the southern comedic legend Jerry Clower and can quote many of his routines word-for- word. So in the spirit of Jerry Clower, and in honor of Mr. and Mrs. Willard Hamby, we will call Jesse “Willard” for the rest of this story.

Not too long ago, Willard was frantically working at the cabin and mowing the yard in an attempt to get it cleaned up. He had cut the grass and worked up a good sweat as the day wore on. You see, he has to push-mow the yard there because it is very hilly terrain. It is hot and he was terribly tired when our story begins.

“Well Ken, I have had a day today,” Willard said.

“Really? What happened?” I asked.

Willard explained, “Let me tell you. I had been working all day at a frantic pace trying to get the grass cut and all the chores done so that Jenn and I could enjoy some down-time this weekend. We are constantly worried that some large predator like a stupid buzzard or hawk might grab Sharzee and fly off with her. The grass had gotten pretty tall and there was some leaves around the cabin. You know how it is. The last thing I needed was for a snake, a raccoon, a bear or some other varmint grabbing that dog and taking off with her!”

I replied, “Brother, I can understand that! You would never be able to live in peace if something happened to Jenn’s baby.”

“That’s right,” Willard said. “But brother, I am telling you I wasn’t prepared for what happened today. Have you ever seen a bat?”

I paused for second before I answered. I was curious, but I wasn’t sure I wanted to hear this story because bats give me the heebee jeebees and I thought Willard was aware of that. “Sure I have! “ I said. “There are lots of them around here. The small ones that eat skeeters (mosquitos) right?”

“Oh no, I mean a real one!” Willard said. “Man, I was mowing and turned the corner and saw this eagle sized critter laid out next to the cabin. At first I thought it was a hawk just sprawled out there like he was trying to get a tan. I shut the mower off and walked over to it to get a better look, not thinking that it was alive. Of course, I grabbed a brush top to poke it just in case but I never got the chance. That thing must of heard me coming because when I got close it jumped up on its hind legs and started hissing at me, wings spread and everything! Dude I thought Dracula was about to jump up outta that grass and GIT ME!”

After I caught my breath due to the mere thought of coming face to face with such a vile creature, I asked, “What in the world did you do?”

“Man it caught me off guard!” Willard said. “At first I thought it would just fly off but oh no! This thing had an attitude! I finally remembered I had a big ole brush top in my hand and thought about just whoopin it till it flew off, but before I could swing at Dracula the bat, my feet reminded me that they knew the way to the back door.”

“You dang right I ran! You would have run too if you had seen that thing!” he stated with certainty. I think he knows me pretty well because truth be told, if it had been me, I would have cleared a new path for a large power line down the Tennessee mountainside for the great State of Tennessee at no charge, had I been faced with such a demon. I kind of think it would have been like the Tazmanian devil from the Looney Tunes show just mowing down trees and slobbering all over the place. That is what I would have done I am pretty sure.

Once back in the safety of the cabin Willard was faced with the wisdom of his soul mate and she asked the question that any sane woman would ask. “Well you didn’t just leave that thing out there did you?” Any married man knows what that means… “Get your butt back out there and get rid of that monster or you are sleeping on the couch tonight!”.

So ladies and gentlemen, I am proud to announce that our hero, Willard, grabbed his shotgun and plunged himself into harm’s way to protect his wife Jennifer, Sharzee the Shitzu, the great State of Tennessee and these United States of America. Jed Clampett would have been proud to hunt with this mountain of a man, decked out in his cutoff shorts and flip flops, facing down the terror of all terrors, Dracula himself.

“So Willard,” I said. “What happened when you got back outside?”

“I sneaked back around the corner and that stupid thing was gone. I don’t know where it went but I was pretty darn happy because I didn’t have any silver bullets. Nobody needs to know different so let’s just you and me say I whooped that critter and ran him off the mountain,” he said.

Well Willard, just between you and me, I know you whooped that bat. I swear I won’t tell Jennifer or Sharzee what really happened. You’re secret is safe with me!

Dedicated to Willard and Becky Hamby and their wonderful family, and to my friend Jesse.

If you enjoyed the story, please do me a favor and follow Biskittales on Facebook and “Follow” this blog so you can be notified of new stories.  God bless you and all that you do, and thank you for reading.

2 thoughts on “Willard & the Hillbilly Bat”