That’s my position. I have lost more hair over the past six weeks than all the rest of my life combined over a little demon of a critter that won’t leave. I am at the point where I am going to have to resort to leaving him some cash in his tunnel in hopes that he will take a bribe. 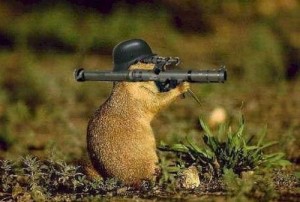 Mack has tried to help me, (Mack is our Labrador) He and I have spent the past six weekends trying to capture the mole that has been digging up our front yard. The first four weeks were fairly normal for our household and went something like this:

Captain’s Log, Week one: Ken walks out across front yard and twists ankle when he sinks into mole trail. Ken sets trap, brags to Toni that he can catch intruder. Mole digs around trap. Ken moves trap, mole trips it but doesn’t get caught. Ken stalks mole, mole is too quick. Ken sees grass move and falls off porch as he tries to head mole off.  Toni laughs at Ken. Ken calls Mack to help. Mack digs up a half acre of front yard. Ken cries a little but fills in the ditches Mack dug. Ken researches new mole trapping tactics. Ken’s new tactics fail. Mack digs up yard again. Ken cries more than last time but fills in ditches again. Mole has lunch and laughs at Ken.

Weeks two through four, much of the same. Ken gets anxiety treatment at week three. Installs drain pipes in front yard since ditches are already there. Keeps moving traps around front yard. Mole evades capture.

Two weeks ago the game changed. I felt as if I was in a bad version of “Caddy Shack” where the budget wouldn’t allow a full sized “gopher” so a mole had to do. I play the part of Bill Murray but can’t come close to his talent and don’t have access to plastic explosives.   But I think I have the spirit of the part down. Toni’s dad, Kenny Patterson, told her that a five gallon bucket, a rat trap, and a piece of raw meat would do the trick.

Week five: Mole still happy and fat. Ken sits on bucket and cries again. Mack looks sympathetic but still willing to dig up yard. Ken decides that night hunting might produce better result. Wears camoflauge pajamas. Gets BB gun back out from frog episode. Ken gets rained on because he forgot to take into account weather report. Mole sleeps well.

Week six: Ken is losing it. Daughter is obviously affected, maces herself during church. (No joke, I thought she was praying hard and was touched by God. Turns out she was touched by other daughter’s key chain mace. Another story. Mole seems happy, coat shiny, no longer needs glasses.

Week six, Sunday evening. Ken grabs shovel, a peanut butter sandwich and sits on porch to watch for mole. Front yard looks like well tilled garden. New mole trail appears, trap falls over, Ken jumps to cut off mole’s escape, accidently hits Mack’s foot with shovel. Ken tries to keep Toni from finding out. Toni drags Ken back into house and says “Let the mole have the yard, this is out of hand.”

Week six, Monday evening. Ken complains of stink in kitchen that smells like bad tuna. Blames it on cats and bad cat food. Later realizes that the smell is coming from the raw meat he was “seasoning” to put in mole trap per Kenny Patterson recommendation. Sneaks into kitchen after midnight to get rid of evidence. Forgot he had taken his Ambien and had wobbly knees, drops stinky meat on floor and gets it all over himself. Can’t go back to bed without a shower because Toni will bust him. Goes out front to throw meat to mole. Falls into flower bed.   Mack runs out and starts digging front yard. Ken cries, a lot. Toni doesn’t know so all is okay in the morning.

Week six, Tuesday morning. Ken gives up and leaves town for Nashville. See’s mole in front yard, seemingly waving goodbye. Ken gets pulled over in “Moulton” Alabama. Wants to pull rest of his hair out.

You may laugh and say, “Not true”. Well, I have to admit, I fell off the porch a few more times than I stated, I got a shower without waking Toni, and no, the mole didn’t wave. I am not sure what the gesture was, but he was there when I left and I did see him. I just didn’t stop to wave back.

For Jeffrey and Ingrid Wood. You are in our prayers.